Welcome to the Peripatetic section of the website, where you can discover the wide range and diversity of instruments offered at Abbey Grange, and find out about what students enjoy about having music lessons at Abbey Grange. If you have any questions or wish to learn an instrument at Abbey Grange, please contact the Music Department through the Main Office.

Mr L'Anson is a Leeds based musician who has over 10 years professional experience in both trombone playing and brass teaching. With international performance credits across Europe, South East Asia and the Middle East. He regularly performs with acts such as Back Chat Brass, the Renegade Brass Band and the Tom Sharp Jazz Orchestra. Within the school Mr L'Anson teaches brass instruments on a one to one basis, taking students from their first notes as a beginner through to their grade 8 exams and beyond! 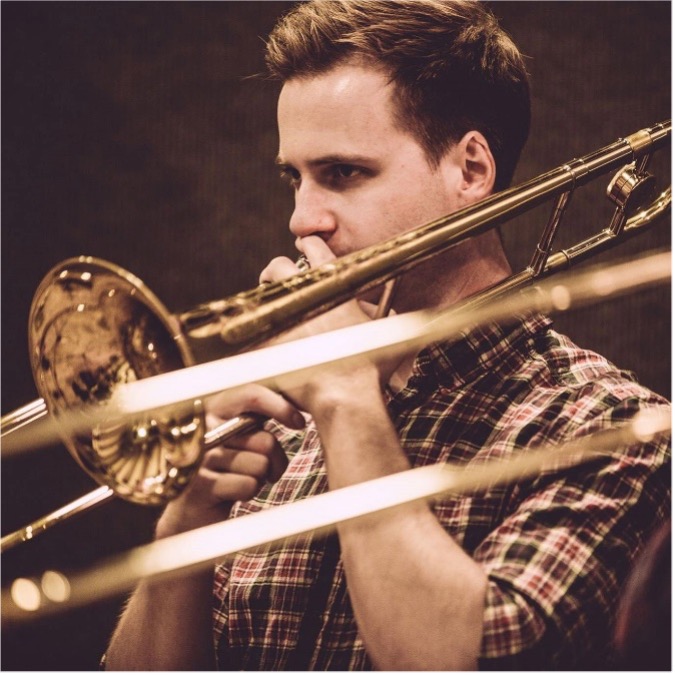 HelloDrums there! My name is Mr Stewart and I have the pleasure of teaching every parents’ nightmare instrument. Yes, you guessed it. The drums. THE. DRUMS.

I began playing drums and percussion at the age of thirteen, continued playing through my secondary school years and then came to Leeds to study Orchestral Percussion at Leeds College of Music (now Leeds Conservatoire), gaining a Bachelor of Performing Arts in 2002.

Throughout my professional years a musician I have performed in various orchestras (Opera North, National Festival Orchestra, Leeds Sinfonia) and recorded for the Naxos label (‘Tom Jones’ - Edward German. National Festival Orchestra. 2008). I am a long-standing tutor for Rock School U.K-teaching children how to play cover songs, write their own songs and perform as a band throughout the course of a week. I play drums for Leeds band Hope & Social and I front my own seven-piece band that performs Paul Simon’s ‘Graceland’ Album up and down the country at venues and Festivals. I write my own music and have released four albums to date. I also frequently freelance as a drummer for recordings and live.

I offer tuition on the drums on every level-from entry level (Meg White) right up to Grade 8 (Dave Grohl). I teach predominantly from the Rock School Grade syllabus but can offer tuition for any syllabus. I teach stick technique and focus on rudiments and warm-up exercises. I also feel that my extensive performing experience in various types of ensembles, on various different instruments, lends itself in nurturing a general musicianship for the student.

I'm Mr Morton, and I teach Electric and Acoustic guitar. My guitar lessons have been described as “very tailored”, “fun and very practical”, and “clear and easy to practise from”.

At age 11, I got my first guitar at a car boot sale. Taking lessons from a local guitarist, I formed a rock band with friends, and became practically attached to the instrument.

My love of the guitar has taken me from a small town in South Yorkshire, to stages and studios across the UK. Past projects include writing, recording & touring with Team Picture, an alternative rock group, and solo session recording work for television. My guitar playing has been heard on BBC 6Music, BBC Radio 1, Radio X, an ITV series, and a Netflix series.

In 2011 I graduated from Leeds College of Music (now Leeds Conservatoire) with a degree in Popular Music Studies. I also have a Grade 8 certificate in Electric Guitar (London College of Music), Grade 5 Music Theory (ABRSM), Child Protection in Education (EduCare), and in 2020 I completed a course in Performance Psychology, which helps musicians perform well under pressure.

I believe anyone can learn guitar with the right approach, and I love to teach beginners. Students learn popular songs while developing their skills in strumming, fingerpicking, riff playing, soloing, and much more. My musical background is Rock & Pop, covering a wide range of styles including Indie, Folk, Heavy Rock, Blues, Funk, and Jazz.

Intermediate & advanced students can enhance their musicianship skills, and deepen their understanding of music, while expanding their repertoire. Students who wish to gain a recognised qualification can be guided through Trinity Rock & Pop or Rockschool grades.

Whether you want to play in a band, write music on guitar, or just play your favourite songs, I'd love to help. 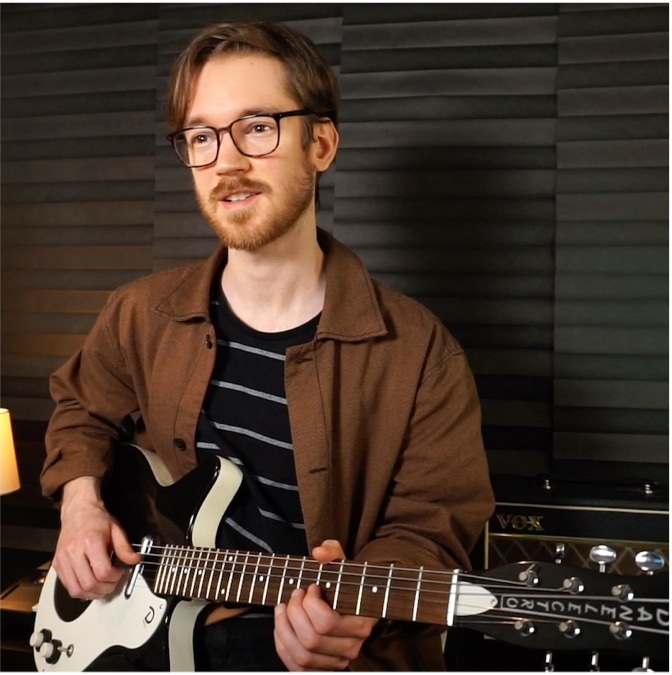 Hi, I am a freelance music teacher and conductor working in the Leeds and Bradford areas. Pre-covid, I taught and trained roughly 200 pupils and students a week both privately and in schools. I belong to the Incorporated Society of Musicians which campaigns on behalf of music and professional musicians and was a council member for six years. I make regular appearances at local music festivals such as Horsforth and Harrogate and regularly organise my own charity concerts and examination venues.

I have been working at Abbey Grange for thirty years, teaching piano and keyboard and providing piano accompaniments for all the higher grade and diploma examinations as well as school concerts. I am currently in school on Tuesday mornings and all day on Thursdays, teaching piano. Many of my students are working towards ABRSM examinations and they have all shown great resilience and flexibility in adapting to zoom lessons and have continued to make great progress in these complicated times.

In 2008 together with then Head of Music, Julie Kilburn, and woodwind teacher Mary Plumb, I relaunched the Abbey Grange Concert Band. In the years since then the band has gone from strength to strength with many regular performance opportunities. They willingly support the school calendar of events as well as promoting the school at outside venues such as the Armed Forces Day at Leeds Town Hall and through frequent appearances at Leeds Minster. The band has an especially busy programme of concerts and carolling events over the Christmas period. In 2012 they performed at one of the official Olympic Torch Relay events. Repertoire over the years has featured a wide variety of music including arrangements of film and musical scores, pieces from the military band tradition and music written specifically for wind and concert bands. Many of the band members use their playing experience in the skills section of their Duke of Edinburgh awards. We are looking forward very much to being able to resume our rehearsals and performances before too long. 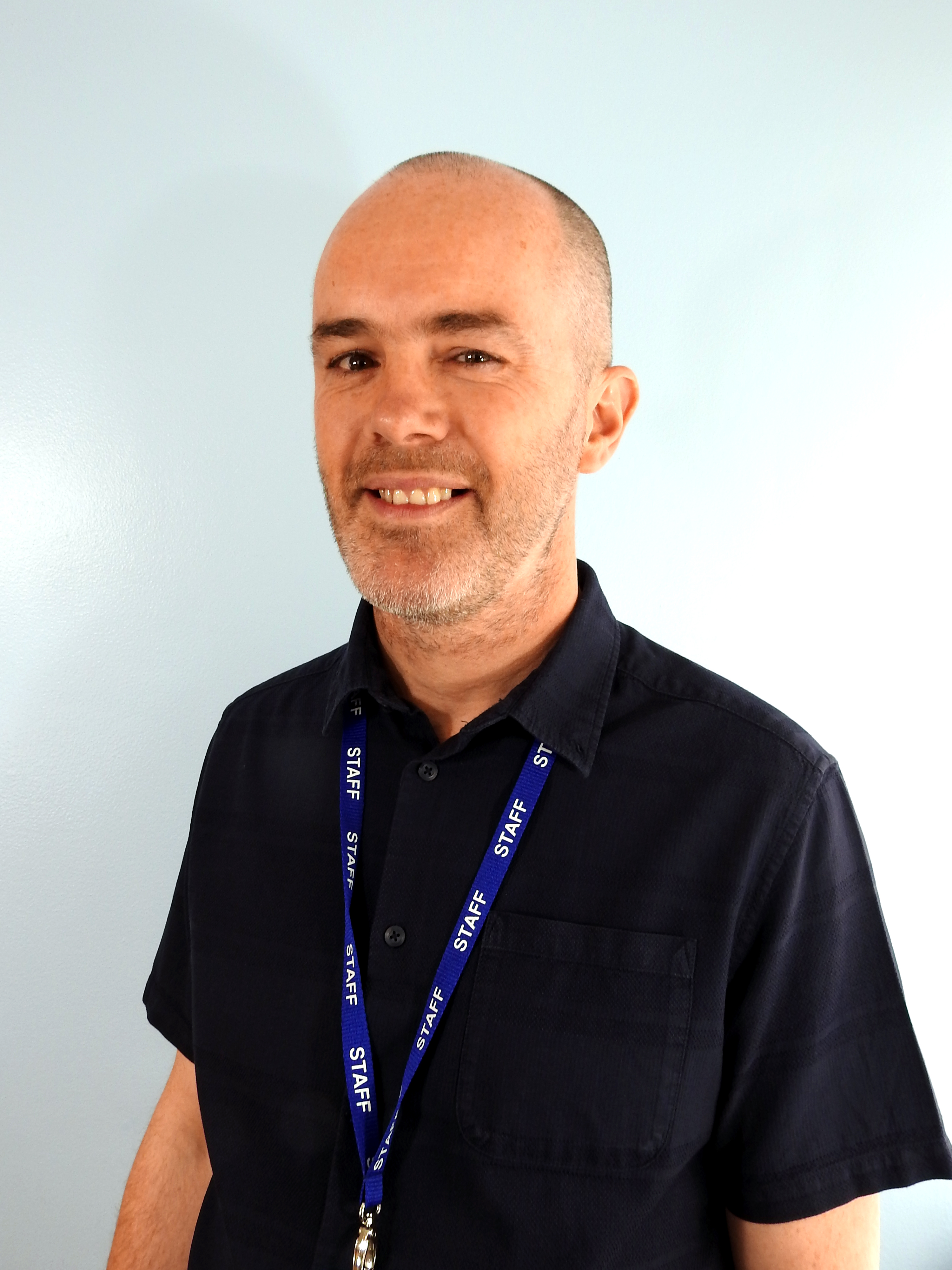 Hi, my name is Miss Clark and I teach singing here at Abbey Grange CofE Academy.

I grew up surrounded by music and school lessons were my first step in my musical journey! I joined a school choir and solo lessons working towards my grades in Musical Theatre singing. After gaining my grade 8 at age 16, the years followed were filled with musical study, performing and exploring different genres like jazz, contemporary popular music and rock. I received my 1st class degree in 'Music Production and Performance’ in 2019 and specialised my dissertation in voice pedagogy. Some of my performance highlights so far have been working as an entertainer for Brittany Ferries fleet. Now I perform in a successful resident band for a popular Leeds venue and continue to travel up and down the country providing entertainment for weddings and corporate events.

I have worked as a singing teacher for more than 4 years and have taught in a wide range of institutions such as: Stagecoach Performing Arts and Sheffield University. As a member of the British Voice Association and apprentice of jazz singer-songwriter and educator Louise Gibbs, I seek out the latest and most effective teaching methods for the benefit of my students. I value voice health, building strong technique, creativity and fun in my lessons! We will work to your personal goals, exploring new exciting things about your voice and apply new skills in a wide variety of genres.

I also offer guidance for students pursing singing grades with ABRSM/Trinity College London and I also cover music theory (up to grade 5). 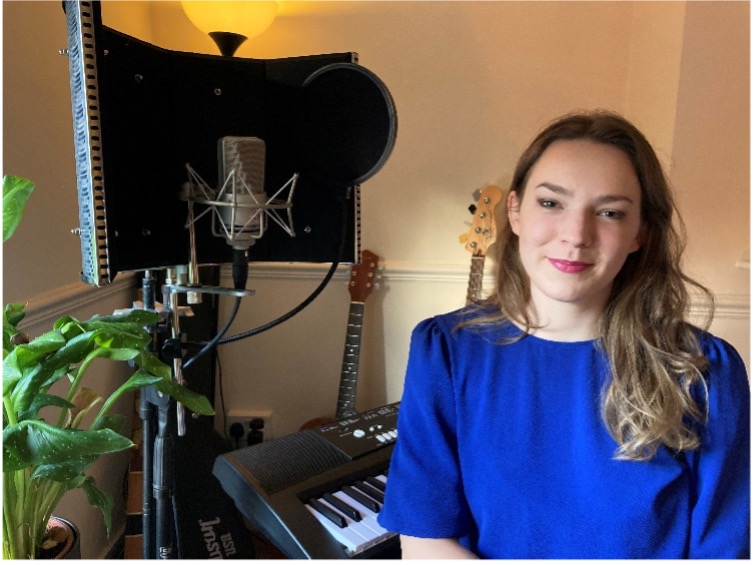 My musical education started at a very young age with Cello lessons from my mother. When I was 15, I took up the Double Bass, which soon turned into my main instrument. Though self-taught at the time, I achieved Grade 8 distinction in 2 years. After studying Double Bass at Huddersfield University and the Royal Northern College of Music, I went on to play as an extra with various professional orchestras. One particularly memorable experience was playing at Glastonbury in 2004 as part of an ensemble from Royal Liverpool Philharmonic Orchestra. As a soloist, I have played Double Bass concertos with 2 orchestras. Now I play in a variety of concerts and musicals in the North of England and have been principal Double Bass of Slaithwaite Philharmonic Orchestra since 1998.

I was Cellist in a Wedding Quartet for about 14 years before I became a mother. Amongst the various other instruments that I play, you may occasionally see me with a French Horn at school concerts.

I started teaching Lower Strings in 2003, alongside my playing commitments. Now, I enjoy a happy balance of teaching and playing which enhance each other. I have been the Lower Strings tutor at Abbey Grange since September 2013. I offer beginner to advanced tuition on Cello and Double Bass. For those seeking to obtain music qualifications, I teach to ABRSM Grade 8 and above.

As an Extra Curricular activity, I run the school orchestra where I arrange the music to suit the standards of the individual player.

My name is Milka Kalinowka and I am the violin teacher at Abbey Grange Church of England Academy.

I began my musical journey when I was 7 years old at the Primary School of Music in Gdynia (Poland). In 2001 I graduated from the Academy of Music in Poland with a degree in Master of Arts and a certificate of instrumental pedagogies (specialisation: teaching violin). After graduation I participated in many violin and chamber courses, music festivals, concerts in Poland and abroad, I also started teaching which quickly became my passion.

From 2004 I started working in England, playing many concerts as part of symphonic and chamber orchestras. I also started teaching violin classes at Leeds College of Music and other schools in the West Yorkshire areas. I am very passionate about the violin and getting children involved in music from an early age.

There are many excellent lifelong benefits of playing violin and the physical, mental and social benefits are well-known. Musical training improves memory and attention span, reading skills, language processing, stress relief, and speech. It stimulates the brain, improving abstract reasoning skills which are essential for maths and science. Many studies show a direct correlation between musical training and academic success. Learning to play violin can also build self-reliance, self-esteem and self-awareness.

My method of teaching children is to ensure that they learn in a fun environment and start to see results from an early stage. I use fantastic books which include lots of duets in classical, pop, rock and jazz styles which the children (and parents) really enjoy. I am very experienced in preparing and entering pupils for ABRSM exams, performances and concerts. Children who play the violin may join the string group or school orchestra and enjoy making music together as well as developing new relationships and team building skills. 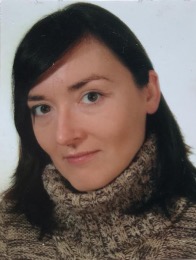 Mr Cox is a saxophonist based in Leeds, UK.

He is a highly sought after freelance musician, performing across the UK and globally, with numerous acts including Renegade Brass Band, Back Chat Brass and Little Violet.

Mr Cox's compositions, ranging widely in style and scope, are featured on Renegade Brass Band albums and upcoming EP under his own name.

As a session musician, he has toured and recorded extensively all over the world. Credits include Postmodern Jukebox, Shed Seven, Public Service Broadcasting and Hyde And Beast.

In addition to regular performances and recording sessions, Mr Cox is a keen educator, offering lessons in a 1:1 setting, as well as producing and leading workshops in schools. He works alongside organisations such as Jazz North, Live Music Now and the In2 Project providing educational workshops and key insights.

At Abbey Grange Andrew teaches saxophone, clarinet and flute to all levels of ability offering exams on both Trinity and ABRSM. 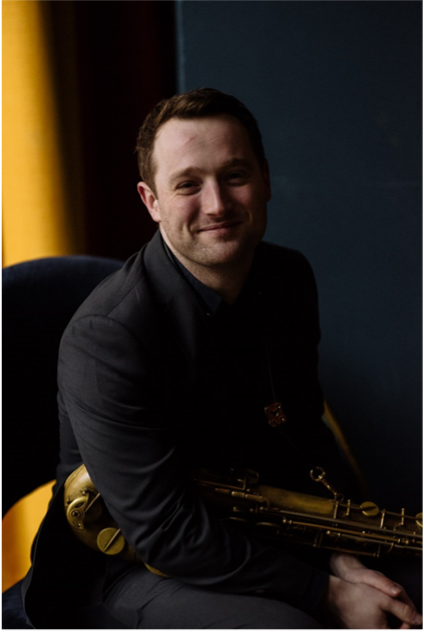 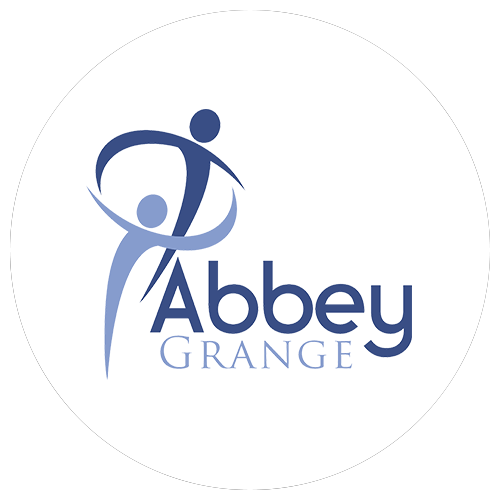 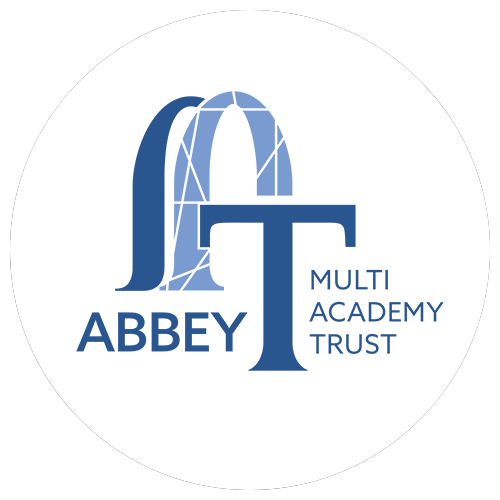